Brought to you by

Richard Cohen with Making History: The Storytellers Who Shaped the Past

How do we know what is true about the past? Who are the people who have influenced our understanding of history, and what were their motives for writing as they did?

There are many stories we can spin about previous ages, but is there even such a thing as “objective” history? In this “supremely entertaining” (The New Yorker) book, Richard Cohen reveals how professional historians and other equally significant witnesses, such as Shakespeare, the writers of the Bible, novelists, and political propagandists, influence what becomes the accepted record. "A brilliant achievement!” wrote Hilary Mantel. "Making History opens a dialogue with the reader - grave and witty, suave yet pointed - erudite yet engaging and full of energy. It has huge scope, but never forfeits the telling detail. It is scholarly, lively, quotable, up-to-date and fun.” Richard Cohen’s talk will make you think again about history, from its very dawn, when such an activity itself seemed revolutionary, through to television and the digital age. It promises to be a very entertaining evening.

Richard Cohen is the author of By the Sword, Chasing the Sun, and How to Write Like Tolstoy. The former publishing director of two leading London publishing houses, he has edited books that have won the Pulitzer, Booker, and Whitbread/Costa prizes, while twenty-one have been #1 bestsellers. He has written for most UK quality newspapers as well as for The New York Times Book Review and The Wall Street Journal, and is a Fellow of the Royal Society of Literature. 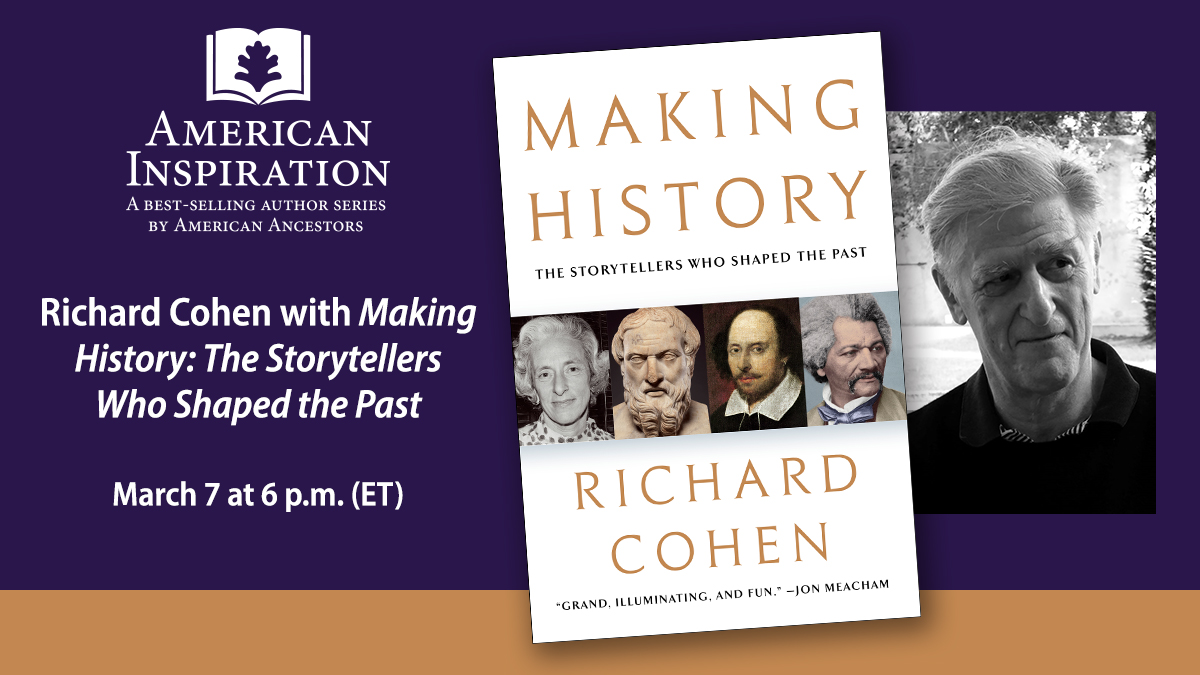